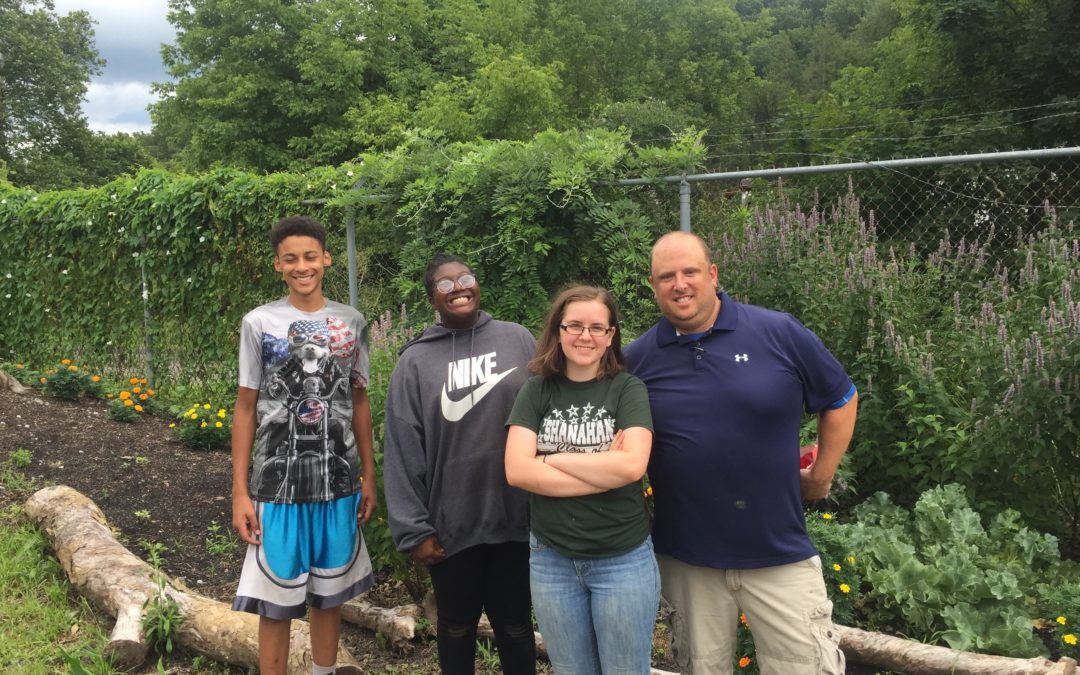 Coatesville Youth Initiative has wrapped up another year in Mogreena with Waste Oil Recyclers.  Below is a recap from Kaitlin (green shirt above), writing about Guest Chef Kevin Coley of Vudu Lounge (High Street Cafe), in West Chester, Pa, paying a visit.

Hey, it’s Kaitlin again with another SUPER exciting blog post! On Tuesday, we were privileged to have another guest chef at Waste Oil Recyclers. His name was Chef Kevin, and he made us an amazing three-course meal for lunch. 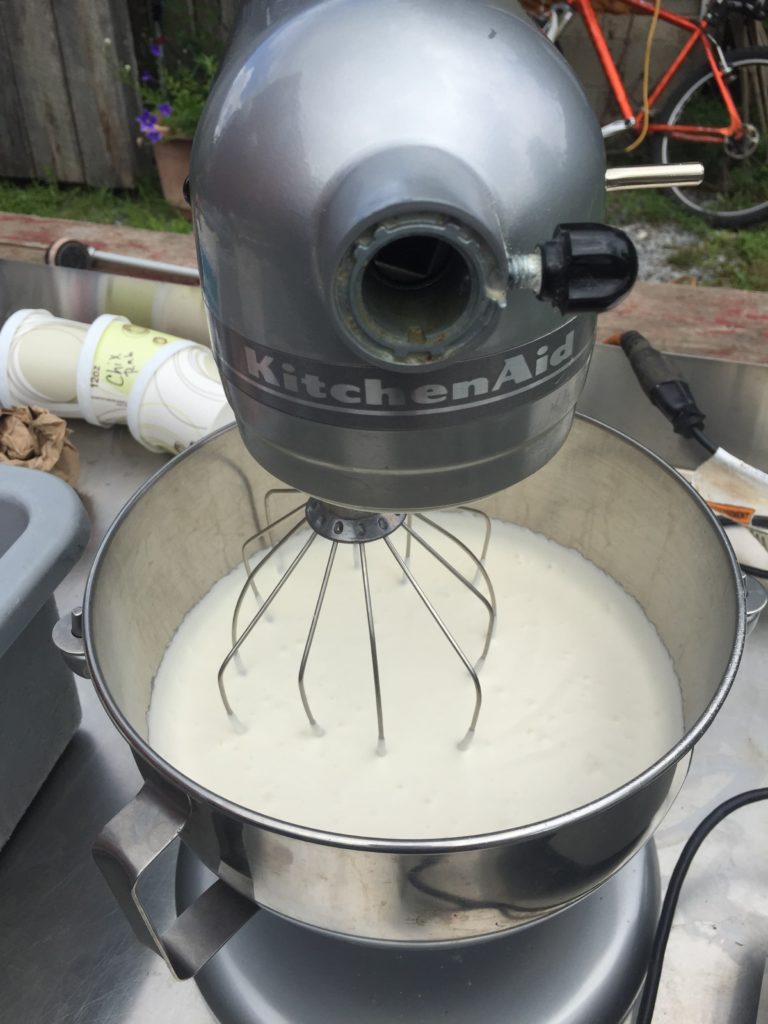 First, he began with making the chocolate moose by whipping up some heavy cream on slow, in a stand mixer with a dash of vanilla for flavor.  While the cream was transforming into beautiful soft peaks of fluffiness, Chef Kevin opened a whole bag of chocolate chips and placed them over a double boiler (you boil water in a pot and then place a separate bowl over the pot). 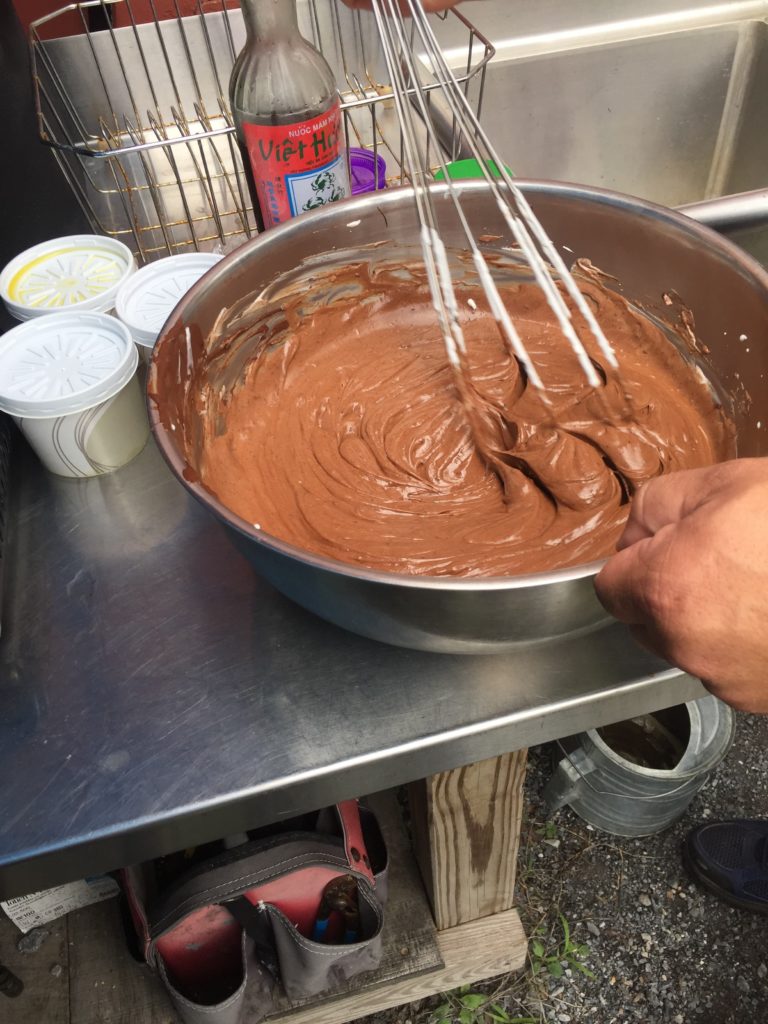 You want to put an item in the separate bowl; generally something you want to melt (In this case it was chocolate chips).  After the chocolate was completely melted, he took the bowl off the double boiler and folded the now whipped heavy cream into the chocolate. he reminded us that you never want to put the chocolate into the cream, or else it will harden. Then he put the moose into the fridge, and started on the kimchi which included rainbow chard and cucumbers. 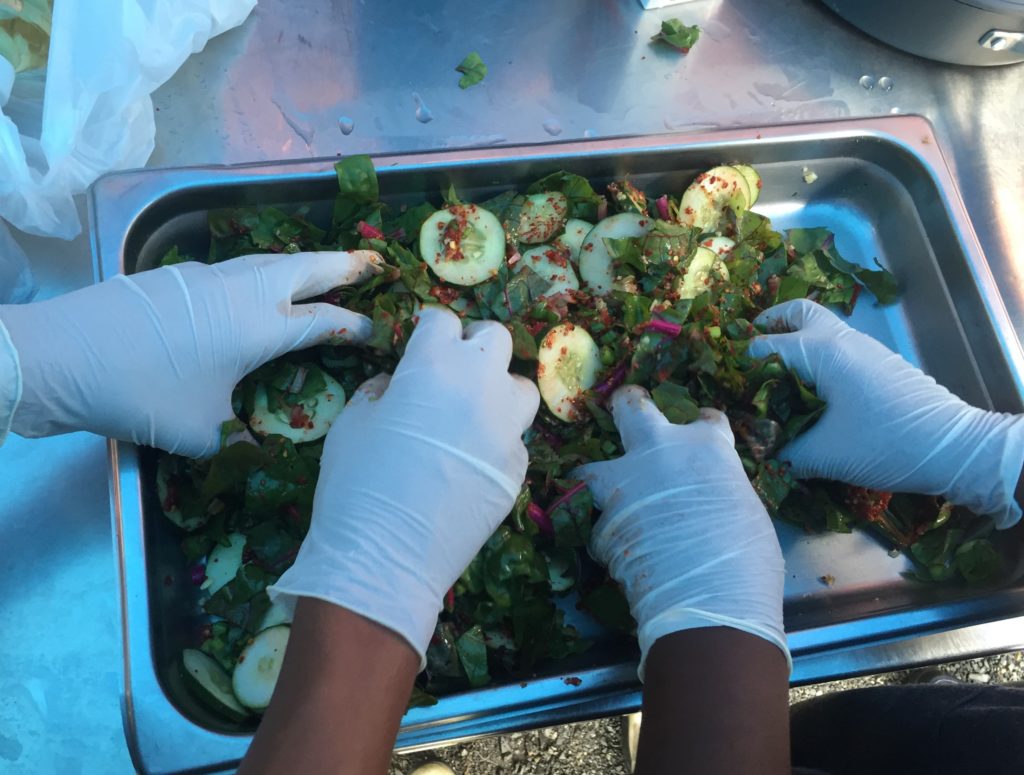 Chef Kevin had two of us put on gloves to mix the greens together with some Korean red pepper flakes, chili paste minced garlic, minced ginger, and the special ingredient: fish sauce. While we were mixing that together, our chef started on fried green tomatoes. He had come the day before to pick the green tomatoes and he breaded them at home. We saw him heat up vegetable oil and place the tomatoes carefully into it. They were satisfyingly crispy and tasted amazing with his avocado and poblano pepper crème. Then we ate the tomatoes as an appetizer while waiting for everything to finish. At the same time as he was working on the tomatoes, Chef Kevin made us a kale pesto which included freshly picked kale, pine nuts, olive oil, vegetable oil, and garlic. 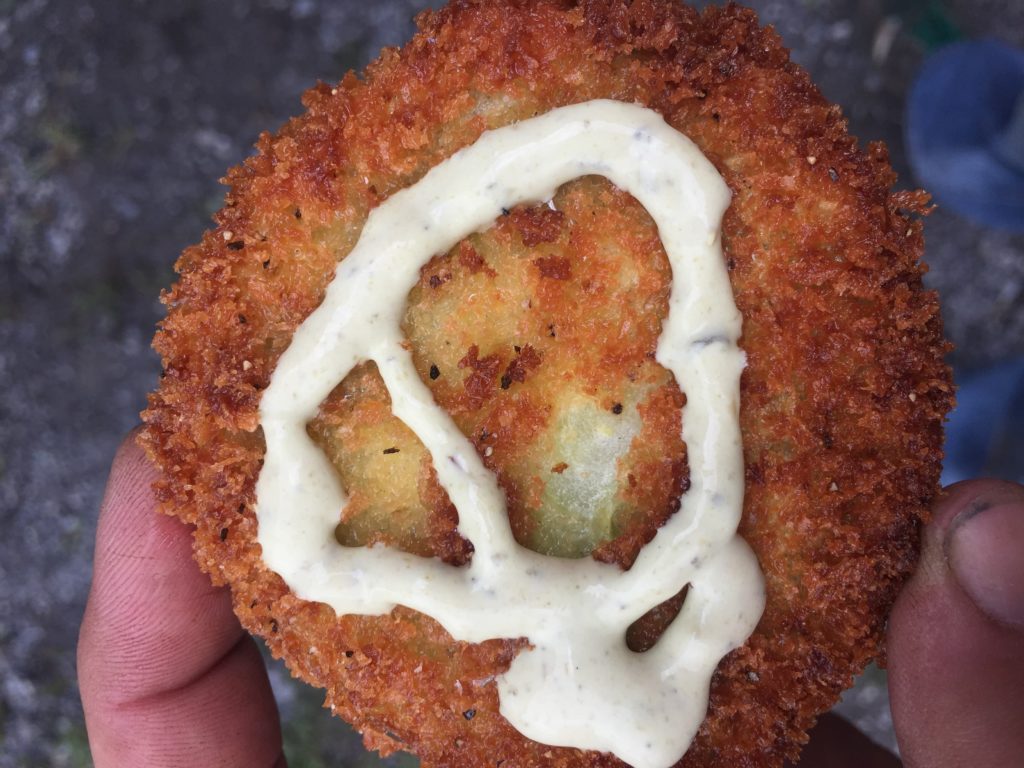 The last part of the meal was a delicious chicken taco which, in my humble opinion, was the best part of lunch. he marinated the chicken in a secret marinade that I cannot disclose to you at this moment because he erased our memory after showing us his classified technique. After grilling the chicken and the taco shells, he invited us to dig in and… our minds were blown. The tacos, like I said, were my favorite part, but the kale pesto really worked with the chicken taco, and the kimchi had such a unique taste. The chocolate moose was the perfect way to end the meal, especially with the freshly picked blackberries! 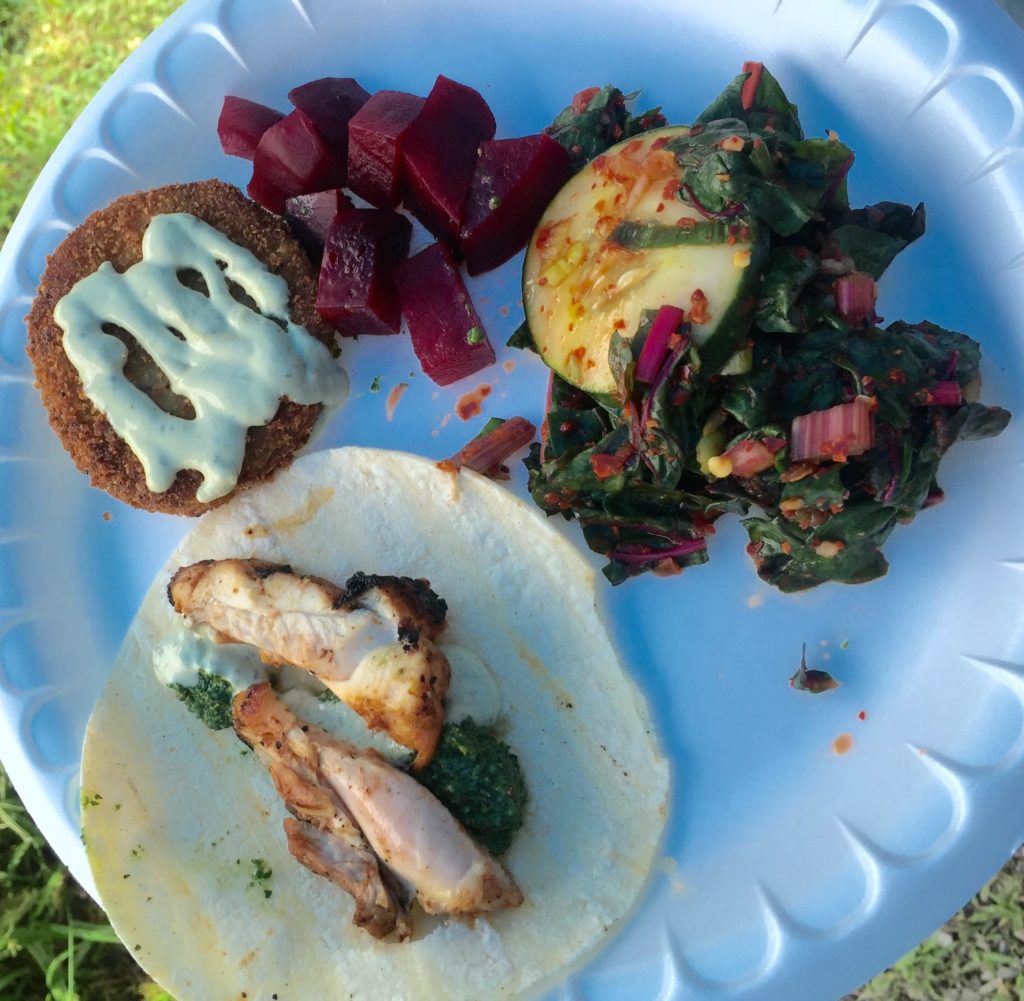 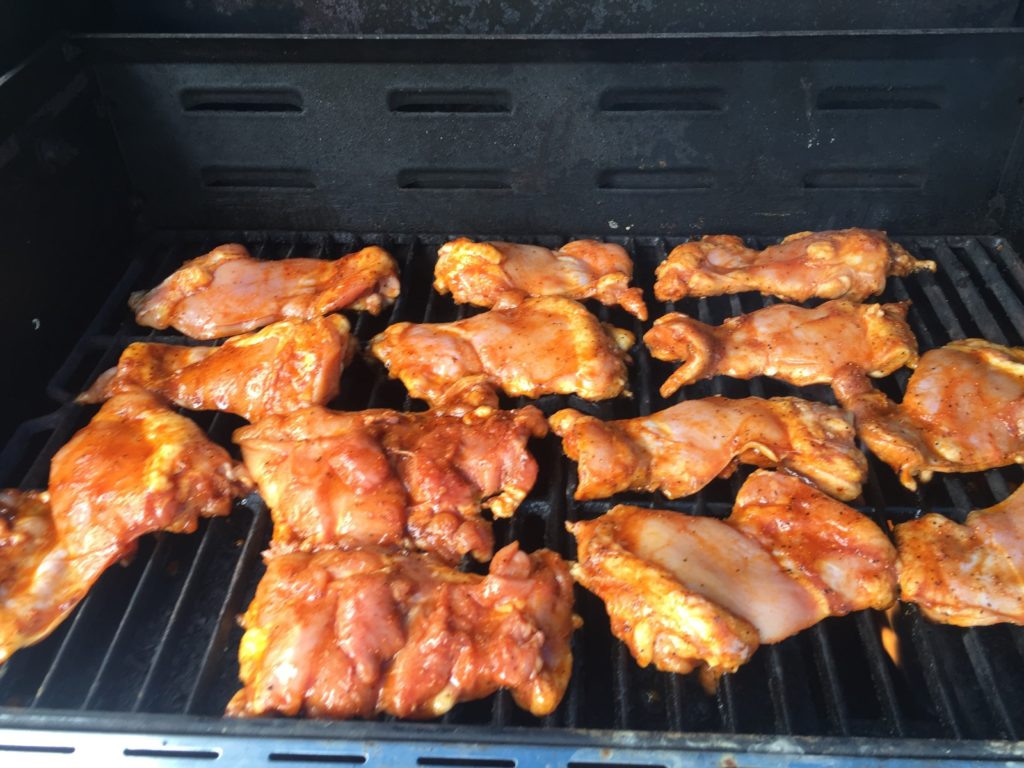 Lastly, I’d like to thank Chef Kevin for coming to visit us and cook for us (and for not actually erasing our memory, even though I’m not going to tell you what was in the marinade).

Waste Oil Recyclers
100% of Our Recycled Oil Ends Up In Domestically Used Biofuels. We Guarantee It! Serving Greater Philadelphia, Baltimore to Lancaster to North Jersey and Down the Coast.