MODENA >> Waste Oil Recyclers touts itself as an environmental company, and on Tuesday it introduced a new and very big addition to its operation.

The company takes waste vegetable oil produced by hundreds of fryers in the kitchens of restaurants, hospitals and universities and produces a high-quality vegetable oil that refineries turn into biodiesel.

Since its start 10 years ago, the company has been trucking its product for processing. But now, thanks to the completion of a railroad spur by the company that runs the rail operation for nearby Arcelor Mittal Steel, Waste Oil Recyclers will send its used vegetable oil via rail tanker.

The spur can hold up to four cars and will be used by Waste Oil Recyclers to transport cooking to Hero BX a biodiesel refinery in Erie.
The move, noted company President Jim Bricker and Brendan Steer in sales, will be good for the environment because one train load will replace many truck loads.

Now, instead of sending around eight trucks a week to Erie, the company will send two railcars a week on average, Steer noted.

Biodiesel is a blend of 1 percent to 100 percent vegetable oil to petroleum diesel.

“It’s better than diesel for the environment,” Bricker said Tuesday during a ribbon-cutting ceremony for the new rail operation. “We do millions of gallons a year.”

The company originally looked into state funding for the project but found it was “difficult to access” and came with “too many constraints,” Bricker said

It made an investment of a few hundred thousand dollars to have the tracks extended into its property on Union Street, Steer noted.

The ribbon-cutting ceremony brought out the company’s 25 or so employees and their families as well as state Rep. Harry Lewis Jr., state Sen. Andrew “Andy” Dinniman and business supporters in the area.

“The Western Chester County Chamber is proud to have Waste Oil Recyclers as a member who continues to make such environmentally beneficial and innovative contributions to our businesses and the community as a whole,” said Donna Siter, executive director of the area chamber.

Lewis, R-74, of Caln, praised the commitment the company is making to the area.

“I am excited to be part of this,” Lewis said. “It’s a great industry for the state. These guys have expanded and have gotten a great deal of business in a short period of time.

“These guys are the future of the 74th District,” he said. “We are sticking our chests out in Harrisburg, believe me.”

Company officials, on their website, www.wasteoilrecyclers.com, describe their motivation.

“We were curious about the concept of waste oil and how it could power machinery,” they wrote. “And idealistic enough to believe that total dependence on refined hydrocarbon products was not good for our economic security or for the air we breathe.

“We started small, but our business model was an idea whose time had come. With some hard work and good fortune, today we’ve grown into a company serving customers in four states. We have not lost sight of our idealism. As we grow in size we are more determined than ever to cling to those ideals. They guide everything about our company — every process, every decision.”

It was one of those principles that drew praise from Dinniman, D-19, of West Whiteland, who noted that Waste Oil Recyclers grows food on its property and donates it to area food banks.

It also has worked with the Coatesville Youth Initiative and has attracted five small businesses to an adjacent property.

Waste Oil Recyclers
100% of Our Recycled Oil Ends Up In Domestically Used Biofuels. We Guarantee It! Serving Greater Philadelphia, Baltimore to Lancaster to North Jersey and Down the Coast. 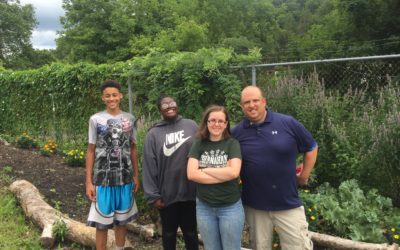 Coatesville Youth Initiative has wrapped up another year in Mogreena with Waste Oil Recyclers.  Below is a recap from Kaitlin (green shirt above), writing about Guest Chef Kevin Coley of Vudu Lounge (High Street Cafe), in West Chester, Pa, paying a visit. Hey, it's...

END_OF_DOCUMENT_TOKEN_TO_BE_REPLACED 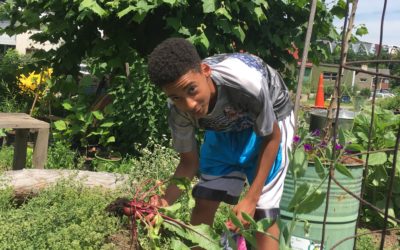 This summer, we are once again partnered with the Coatesville Youth Initiative (CYI) and the Chester County Food Bank (CCFB) to help grow thousands of pounds of produce here in the gardens of Mogreena.  The four students from CYI will learn how to plant, grow, and...

Don’t hesitate about calling them. They’re on time, the trucks are nice and there’s no mess.  They’re dependable. Period.